It had been a while since the family and I were in Utah to enjoy mountain snow. So when my sister called to invite us to coordinate a trip to Park City over the Christmas and New Year’s break with her family, we could hardly say no! After all, a recent USA Today reader survey did rank Park City the fourth best ski resort in North America. Here are some of the highlights of our trip.

What a difference 2,000 feet makes! Last March, we joined good friends on a trip to Breckenridge, CO (alt. 9,600 feet). Like many “flat landers” we found ourselves pretty winded, even with the help of pharmaceuticals provided by the family physician. With Park City lying just over 2,500 feet lower, we found our breathing easier and acclimatization during the week-long stay much easier. Adjusting to altitude may seem like a small issue, but when you see black spots from simply skiing a few bumps, you’ll get why not having altitude issues can be a big bonus to a ski vacation!

The downside to Park City, however, was that we seemed to encounter more than our fair share of folks who seemed less focused on courtesy and more on what they could get out of their vacation. My wife and I were trying to figure out who won that prize — the woman in the room next door to ours that thought telling funny ski stories at the top of her lungs at midnight was a good idea; the family that shoved us aside to get on the free town shuttle bus first; or the clueless skier that thought swinging the skis he had over his shoulder into the back of my head while on his cell phone was just one of those things.. Thank goodness for helmets! 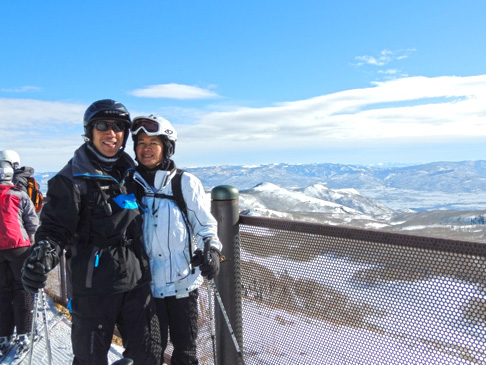 We had heard about the legendary Utah powder (and experienced some of that ourselves during a March, 2006 trip to Alta). What we should have realized was that even in the Wasatch Mountains, December is still the EARLY season! This meant that the best powder was probably what came out of the talcum jar in the hotel bathroom. While the groomed trails had some nice coverage (with the occasional thin spots), the bump runs were a good exercise in rock avoidance. Not that it wasn’t fun! My 12-year old son, Carter, strutted his stuff on several bump runs, including some black diamond rated runs — which as many ski veterans at DCSki know, is much more challenging than your typical double black runs back here in the Mid-Atlantic. Besides, thanks to great ski tuners like those at Utah Ski & Golf in the lobby of our hotel, rocks and base gouges were all a thing of the past when we picked up our freshly tuned skis the next day. 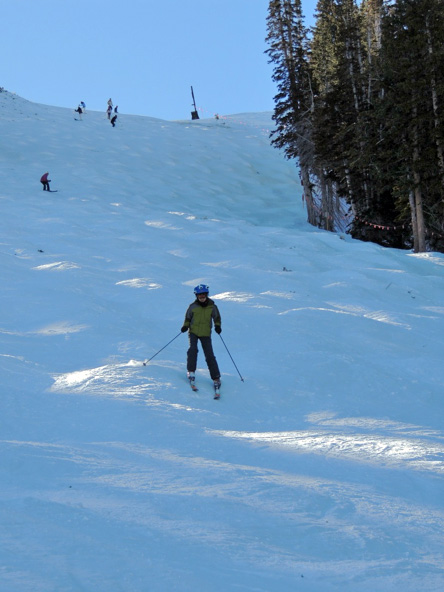 In a word — amazing! (The picture below says it better…)

So what happens if you don’t ski? Not a problem! There’s plenty of other stuff to do and along with my sister and her family, we sampled some of the fun. One of the more popular pursuits is snowmobiling. For the better part of the day, we got to ride around some pristine wilderness and even with the largish group, we still got to see the Utah mountains and have fun tooling through meadows. And lest anyone get too upset, we did stick to the snowmobile trails versus cutting any new trails. There was also dog sledding available. Unfortunately, the dog sled runs were booked and we weren’t able to partake. My sister told me after we left that she and her family were able to go on another day and had a blast. We also enjoyed the sleigh ride dinner on New Year’s Eve that left the base of Park City resort to a lodge part way up the mountain. The food was very tasty! 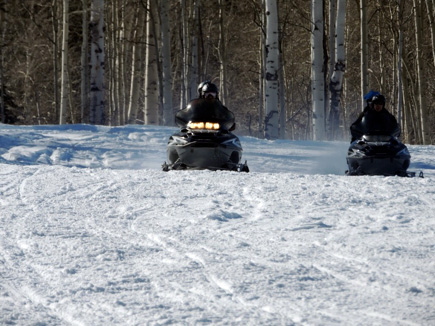 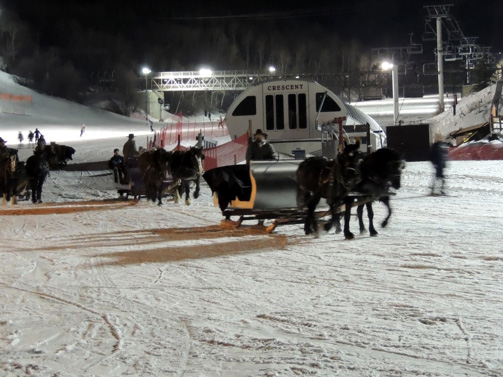 Looking back, the early season trip to Utah was almost a complete success. While there were some rough spots (literally and figuratively), there were also lots of highlights — the skiing, the variety of activities, meeting new people (like that nice woman from Texas who gave us some great insights into other nearby areas like the Canyons and Deer Valley), and most of all, spending time with family. With all the amenities and great skiing available in Utah, all within a 45 minute drive from the airport, we look forward to our next trip back!

Thanks for the report.  You have a cute family!

I agree altitude can sometimes be a considerable factor in lessening the enjoyment of a ski trip to the West.  Many folks have to experience this for themselves to know if it's going to be an issue for them.  Similar to your Breckenridge visit, I most noticed it when staying for a week in Summit County, CO at elevations of 9000'.  I didn't sleep very well the whole week and by the fifth and sixth days even though I was acclimatizing to the altitude and not so winded on the slopes, I was fatigued from broken sleep all week.