Few snow lovers could resist the lure of the mountains this past Presidents Day weekend. There were tons of well groomed natural snow, the sun was shining, the ski was perfectly blue, and the cold streak had broken (at least for a while).

I know all weekends are crowded and holiday weekends draw the biggest crowds, but I could not resist. My husband and I chose Monday, February 17, 2014 - Presidents Day. I knew some of the schools were in session, to make up for lost snow days, but that did not seem to make a difference. We again chose Liberty Mountain near Gettysburg, Pennsylvania - one of the closest areas to Washington, DC. We always see many friends and many interesting people there. I even saw George Washington skiing - dressed in his colonial blue jacket and a white wig. 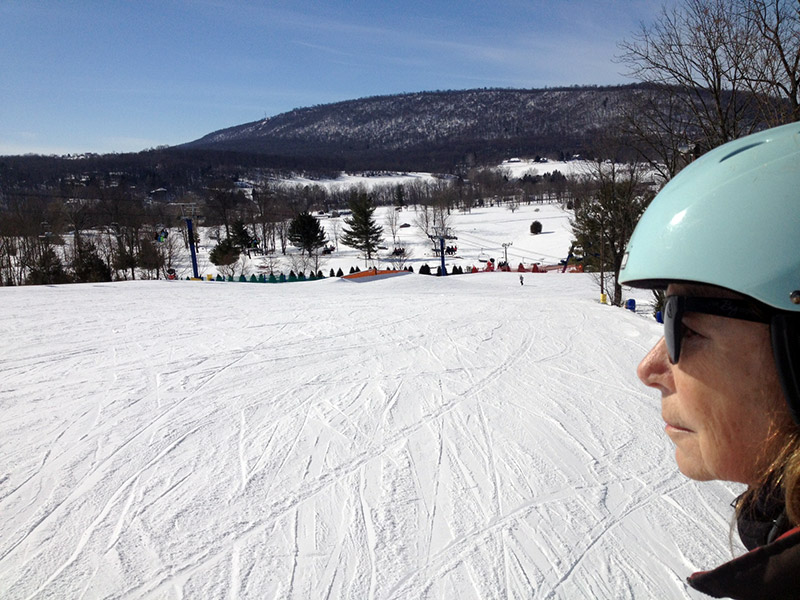 The snow was fast and hard packed - too fast for me! I had trouble cutting an edge and turning. But I pretended I was in the Olympics, and made it down without taking anyone out! I stayed on the front side, while my husband enjoyed himself on the well-groomed and relatively uncrowded advanced side. The lift lines were long in the front, but the “Lifties” managed it well.

All of the snow resorts were crowded across the nation, and there were many reports of people being turned away - the crowds were too dense and rental supplies ran out. But we are the lucky ones in the Mid-Atlantic - we did not have the blizzards and bitter cold of the North and Midwest, or the avalanches in my beloved West. 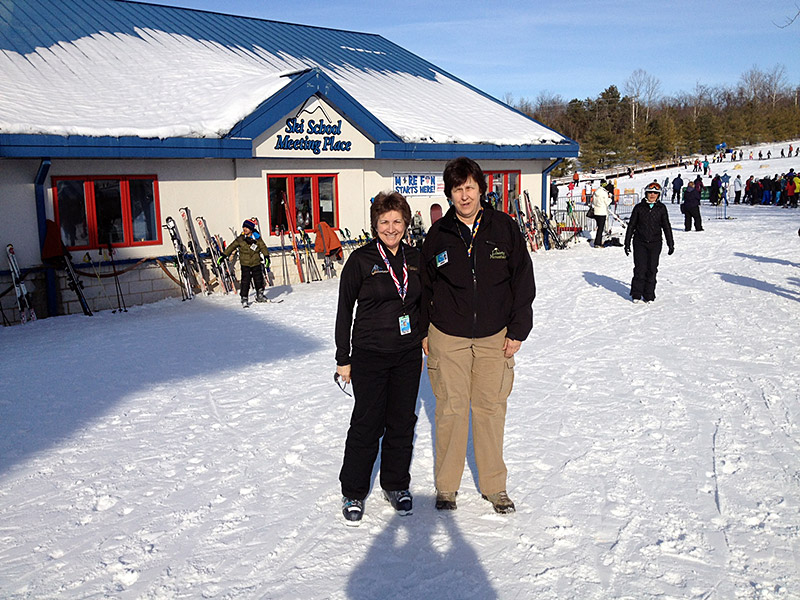 On the way home, we stopped for a lavish, inexpensive, and delicious buffet at the historic Cozy Inn in Thurmont, Maryland. I have been going there since the Mid East Camp David talks in the late 1970s and helped dedicate their Camp David Museum. If you show your lift pass at Cozy, you get a Dipsy Doodle Meal pass for a discount.

While on the subject of other topics, I want to make special note of the excellent articles, photos, and adventures of Jim Kenney, Matthew Graham, and the other superb writers! Publisher and editor Scott Smith puts out an excellent web site, and I am honored to do my little bit for DCSki.com!