This year at Mammoth Mountain snow totals have been weak at best. A normal year sees 300-400 inches, but this year less than 200 inches have fallen. After starting out strong in December, the snow stopped coming. January saw a mere 2.6 inches of snow. February was an improvement at 33 inches but this was still half of normal totals for the month. March saw a mere 7 inches. Luckily the area’s high altitude (the summit is 11,053 feet) and north-facing slopes kept the bases up thus keeping the slopes open, but the long range outlook was bleak. Mammoth prides itself on its long season. Skiing beyond Memorial Day and into June is normal in most years. This year staying open until Memorial Day seemed too much to hope for.

Enter “May-Bruary.” Winter returned in May dropping almost as much snow as had been dropped January through March. Suddenly Memorial Day was on the resort’s radar again. So getting in some turns at Mammoth was on my radar again! 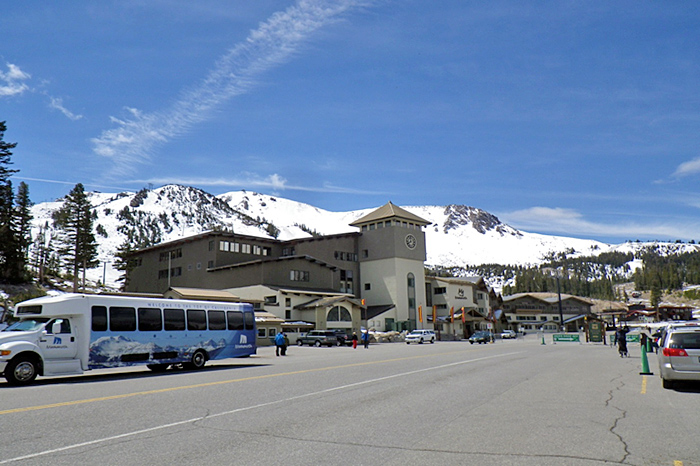 For those unfamiliar, Mammoth Mountain is located about mid-state in California. It is about equidistant from Los Angeles and San Francisco as the crow flies. However as it is on the back side of the Eastern Sierra, it is more accessible from LA than San Francisco, and that’s where most customers come from during the ski season.

Mammoth is huge. When fully open it boasts 151 trails off 29 lifts. Like LA, Mammoth is big and kind of all over the place. During the season it can get crowded. I have found the lift system confusing. Unlike the other resorts where lifts service a mountain or group of trails, at Mammoth they kind of just go everywhere and nowhere at once. Thus in season the crowds are funneled down the few main trails which get as packed as the LA freeways which is probably why so many Angelino’s like it here. But In May-Bruary there were no crowds nor traffic jams. 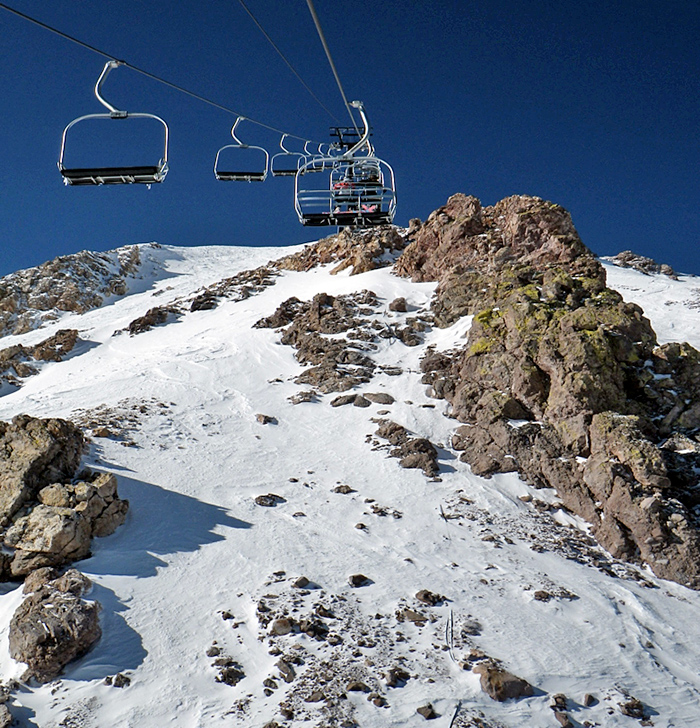 Still Some Snow near the Summit. Photo provided by Spencer Allen.

The day we skied the snow report was listing 20 trails open off of 5 lifts. In reality this was three usable lifts serving six groomed trails and a handful of chutes off the summit. A fresh six inches had fallen just two days before so the snow quality was excellent. The snow started out frozen so we stuck to the six groomers at first. But as the day went on, the snow softened and ended up as excellent spring corn by the time the lifts stopped spinning at 1:30 p.m. Once the snow softened, the chutes off the summit were quite the challenge. Not for the faint of heart, but they opened in some very skiable bowl terrain. However you had to be careful not to pick too low a line or risk missing the cut off back to the lift; the hike back up was difficult and tiring.

The crowds started off small but grew thoughout the day, however we never had to wait more than a minute or two in a lift line. Everyone I spoke to seemed very appreciative of the “extra” season and happy just to be able to make turns in May given the year they had. I am sure Mammoth is happy to see this “May-Bruary” to keep the lifts turning and make that Memorial Day close once again. I was happy to extend my season as well! 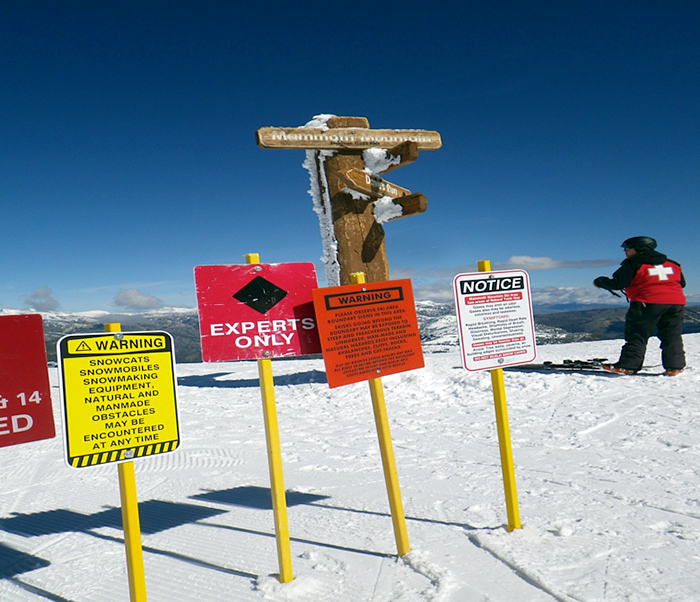 Off the Summit, you are Pretty Much On your Own. Photo provided by Spencer Allen.