From Monday, December 28th through Wednesday, December 30th, 2020, I was on a ski trip with my parents at Winter Park, Colorado. The base of Winter Park is at 9,000 feet and the summit is at 12,060 feet. Winter Park definitely gets a lot of visitors from Denver as it is only about 2 hours from there; however, the resort also gets a lot of people from the rest of Colorado and from out of state. I saw many license plates from out of state and license plates for rental cars as well.

The mountain is divided into a few different sections including Mary Jane, the wide open Parsenn Bowl, Eagle Wind, Vasquez Ridge, and The Cirque. All of these areas, excluding The Cirque, Eagle Wind and Parsenn Bowl, have at least one beginner slope. 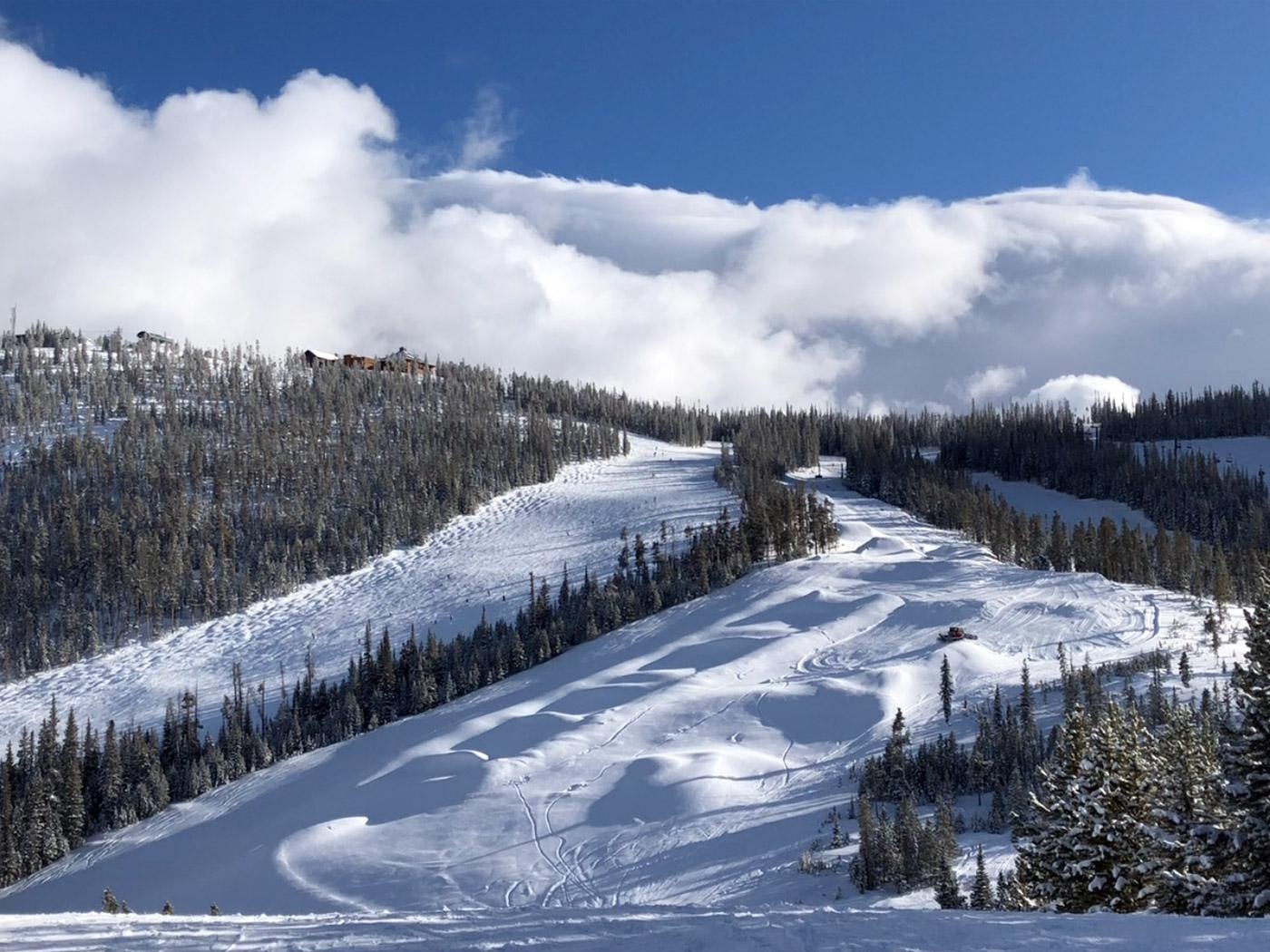 This was my first time skiing at Winter Park and being someone who learned to ski on the east coast at Ski Roundtop, it was definitely intimidating at first. However, after the first few runs, I was completely comfortable and decided to venture to the far side of the mountain and Vasquez Ridge. I only stuck to beginner terrain, however there were parts of the runs that we did that definitely would have been classified as intermediate or blue terrain at Ski Roundtop. For context, when I still lived on the East Coast and skied primarily at Ski Roundtop, I skied greens, blues, and black diamonds. However, the terrain in Colorado and Winter Park specifically is very different from the East Coast, so I have only skied green slopes so far.

The first day of our visit was mostly sunny with temperatures in the high teens and low-20s. We left our house in Denver around 6:45 a.m. on Monday morning and arrived at the ski resort around 8:30. We decided to pay $30 to park in the parking garage. By the time we arrived, there were still plenty of parking spaces left. On the second day of skiing, Tuesday, we left our lodge and arrived at the same parking garage around 9:00. Again, there were plenty of parking spaces. On this day we stopped for lunch around 12:00, and the parking garage was full.

During our visit, we stayed in the Beaver Village Resort condominiums, which were located about 2 miles from the mountain. We booked through a company called Stay Winter Park. Originally, we booked slopeside at Iron Horse Resort, but due to a technological snafu, we were moved to Beaver Village. Although we were initially disappointed, it turned out to be lovely and was surrounded by evergreen forest.

On Monday, we ended the day early around 1:30 p.m. and decided to head back to our lodge for lunch. However, on Tuesday, we ordered ahead and picked up pizza from Pizza Pedal’r, which offers gluten free pizza. Because we ordered ahead for pickup, we were able to skip the line to order and just take our food back to our car. We ate in the car, warmed up, and were back on the slopes by 1:00.

There are a variety of measures that Winter Park is taking in order to increase safety on the mountain during COVID-19. To start, you must have a reservation in order to get on a ski lift at the base of the mountain. Lift tickets must be purchased in advance, or, if you have an Ikon pass, you must reserve days onto the pass prior to visiting.

Once on the mountain, there are people dressed in yellow holding question mark signs. These people, while providing a place to ask your questions, were also strictly enforcing mask wearing, instructing guests to wear masks properly over their nose and mouth. While walking past one man in particular, I overheard him tell at least 4 people, including a little boy, to either put their mask on, or to put it over their nose. In addition, all indoor dining was closed, however there were dining options outside. The restrooms were open, but there were workers sitting at every entrance ensuring that people were wearing their masks. 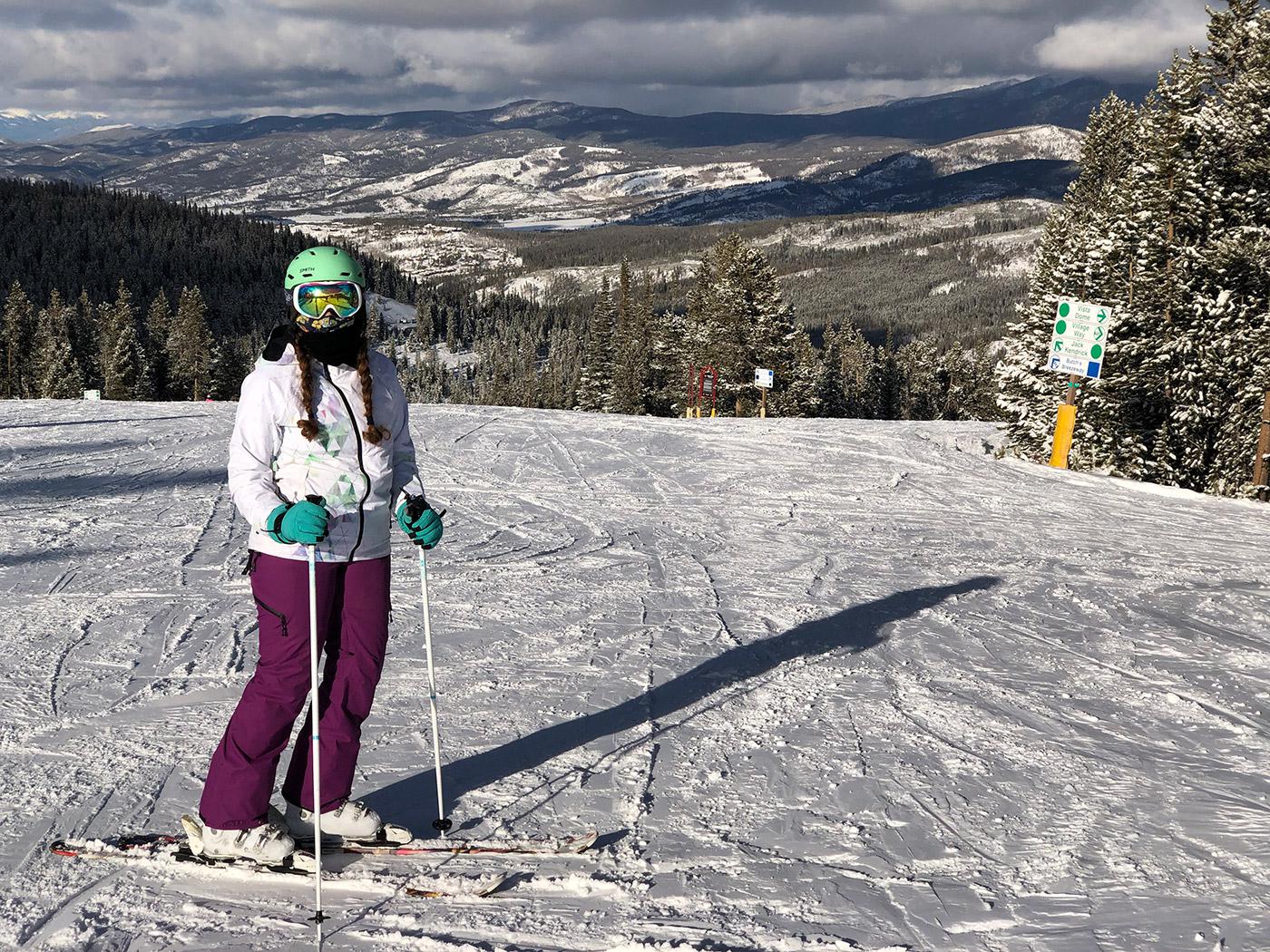 The author skis at Winter Park for the first time. Photo provided by Courtney Oser.

As it is still early in the season, the entire mountain was not open. However, 119/166 trails and 21/23 lifts were open during our visit. Since my visit, Winter Park has opened all of its beginner terrain. During my visit, I stuck to only beginner terrain, however, these runs were much longer than the beginner slopes I have done at Colorado’s Eldora Mountain and on the East Coast at Ski Roundtop. I would say that Winter Park is more similar to Sunday River in Maine, where I have also skied multiple times.

The first lift that I took was Gemini Express. This lift was high speed and seated 4 people, so my parents and I were all able to sit together. The other lifts we used were Prospector, Pioneer, Olympia, Looking Glass, and High Lonesome. All but Looking Glass, which seated only 2 people and was not high speed, were high speed and seated 4 people. My parents and I only took Looking Glass once as there was no safety bar. These lifts did have a singles line, however riders had to keep one seat between different parties, ensuring a safe distance between groups. Unlike Eldora, the lift lines were not marked with posters showing where to stand. Gemini Express and Prospector Express had the longest lines out of the lifts that we took. The farther we went on the mountain towards Pioneer Express, the less populated the mountain became. 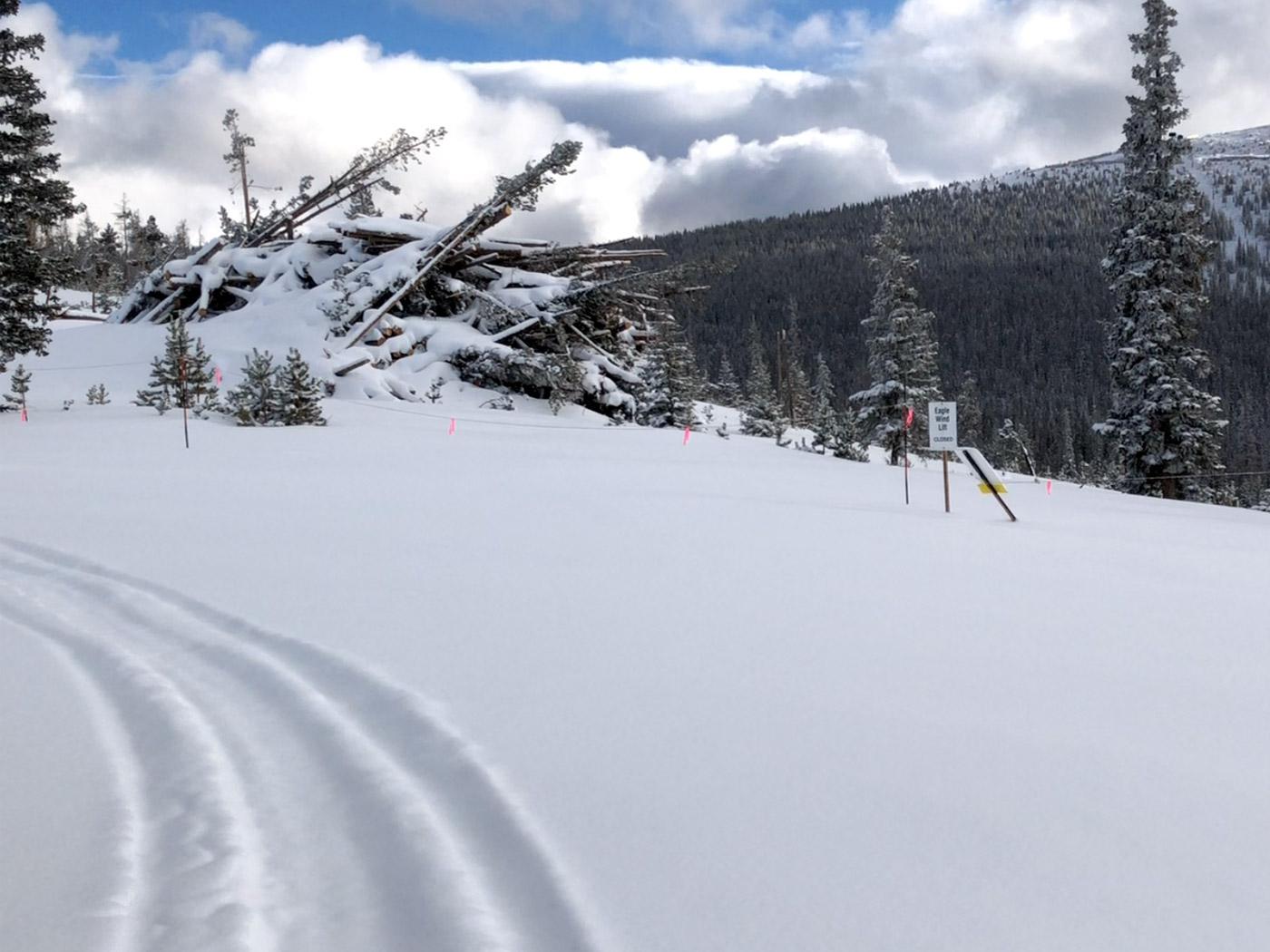 I sampled a variety of creatively-named slopes including Village Way, Marmot Flats, Jack Kendrick, Mock Turtle, Tin Horn, Dormouse, March Hare, White Rabbit, Wagon Train, Gunbarrel, Hobo Alley, and High Lonesome Trail. We skied and took lifts to the farthest section of the mountain that had beginner terrain, High Lonesome Express. We had no issue getting over to the far side of the mountain which was far less populated. Parts of the slopes we did, including Jack Kendrick, had parts that I would classify as intermediate terrain on the east coast and at Ski Roundtop in particular.

The conditions on the first day of our visit were fantastic with very little ice. However, on Monday night and up until about 1:30 p.m. on Tuesday it was snowing, and the conditions became amazing. There was fresh powder and it was the best ski day I have had. When it stopped snowing it started to clear up and was sunny by around 2:00. By the time we were done skiing at 3:30, there were some patches of ice that were forming, but overall the conditions were amazing and far better than skiing I have done in the past.

Now attending college in Colorado, Courtney went from skiing the hills of Pennsylvania's Ski Roundtop to skiing the peaks of Colorado.

JimK - DCSki Columnist
4 months ago
Member since 01/14/2004 🔗
2,721 posts
Courtney, this is another fine report.  It is very helpful to get your perspective on a great resort, and especially on how the various logistics (lodging, parking, dining, ticketing/reservations) are working for your visits during the unique issues and restrictions imposed this winter.  Thank you! 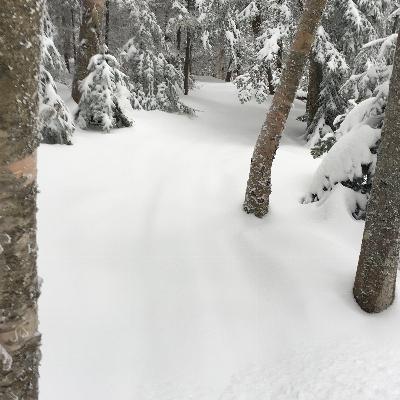 its fun to hear about  people’s 1st experience out west or up in Vermont!

Great to read your report, Courtney!

I haven't skied in the West yet but had planned to rendezvous with a friend at Winter Park in April 2020 for my first skiing west of ... well, west of Snowshoe WV, I guess.  The size of resorts like Winter Park seems overwhelming and, as you described, the different snow brings on different ratings for greens, blues, and blacks.

Did you have any problems with the higher altitude or take and precautions to avoid the headaches that others have described?

I like WP's idea of people holding question-mark signs to help direct first-timers through the confusion.  And, since restrooms may be the most confined spaces that people enter at ski resorts this year, I hope other areas will find ways to encourage (enforce, remind) the mask rule as visitors head into the restrooms.

I'll look forward to your next article.

I’m Courtney, the author of this column. As for your concern about dealing with the altitude, my biggest recommendation is to drink lots of water. I moved to Denver almost two years ago, so I don’t really struggle with the altitude much anymore, but I still always drink a lot of water just to be safe.

I hope this helps!