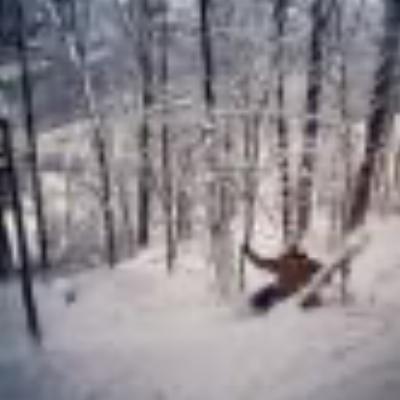 Here is an excellent article about the pioneers of Southern ski resorts from Skiing History magazine. Become a member of the International Skiing History Association (501c3) for a subscription or follow links to a free trial or issue. Maybe somebody should do brief bios of the pioneers of the Laurel Highlands. 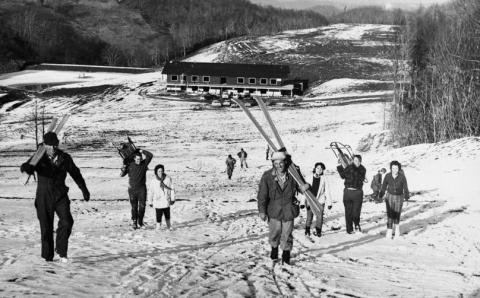 JimK - DCSki Columnist
4 months ago (edited 4 months ago)
Member since 01/14/2004 🔗
2,840 posts
That was great.  Thanks for sharing.  Amazing how intertwined all the ski biz people were back in those days.  Small world.  I've met a few of the characters mentioned including Sepp Kober, Manfred Locher, and the author Randy Johnson.

Good article.  I've thoroughly enjoyed reading Randy Johnson's updated book about skiing in the southeast.  The 2019 edition of Southern Snow is sold in the Massanutten General Store on the mountain.

Interesting that Massanutten wasn't mentioned at all given that it recently celebrated 50 years.  Sel Hannah designed the original trails before doing the same for Wintergreen a few years later.

Of the men mentioned in detail, Gunther Jöchl is still going strong at Sugar.  Has been updating lifts at a slow but steady pace in recent years.  Also managed to add a couple of trails in the last decade.

I didn't realize that Laurel Mountain went all the way back to before WWII.  Here's the info on the Laurel website about the early years as of August 2022.

Laurel Mountain dates back to winter of 1939 when Pittsburgh financier Richard King Mellon began to plan a ski area on the western flank of the Laurel Ridge for the members of the prestigious Rolling Rock Club.

Mellon was captivated by the sport. Upon returning from a ski outing at his former employee’s nearby farm, the Dupre’s Seven Springs Farm, Mellon decided to build a ski area of his own. In the winter of 1939-40, the plan began in earnest with a call to Mellon’s banking colleague, Harvey Gibson, chairman of New York’s Manufacturer’s Trust Company and owner of Cranmore Mountain seeking advice on building a ski area for the Rolling Rock Club in nearby Ligonier.

At the height of his career, Schneider was arrested by the Nazis because of his opposition to the annexation of Austria. In 1938, Gibson negotiated Schneider’s release and relocation to New Hampshire.

Schneider along with Arnold Berry laid out the trails and slopes on Laurel Mountain just as they had done the preceding year at Gibson’s Cranmore Mountain, New Hampshire. Schneider created a master plan that was to be executed over three years. Construction began on the trail and lodge in 1940.

Local stone and rock quarried on site were used in part for the lodge foundation and fireplaces, engine house foundations and stone retaining walls built to level the rope tow line along the uphill path. The largest wall can still be seen along Schneider’s first trail, the trail that became known as Broadway. The Underwood Ski Tow Company, Boston provided the rope tow and Bousquet ski tow grippers were available for sale or rent.

As the 1940-41 winter neared, Laurel Mountain Slopes, the first full service ski area in the state, was readying for business. The Midway Cabin, designed by architect James Blair, housed a rental and repair shop, food service in addition to an open lodge flanked by two stone fireplaces.

With Hans Van Bergh, a Dutch born student of Schneider appointed as Laurel’s first Ski School Director and Lenny Bughman as President, the official opening occurred on January 11, 1941. The first winter the skiing consisted of that single run.

The January 10, 1941 edition of the Ligonier Echo reported:
“The natural slopes of Laurel Mountain afford a trail which is extremely fast and which requires skill to travel. Drops on the trail are often as steep as 35 degrees. One tow line has already been built to carry skiers to the top of the trail and several others are to be constructed….”

The Pittsburgh Post-Gazette January 10, 1941 edition feature column, Let’s Go Skiing, Manning H. Williams describes the new ski facility:
“Laurel Mountain has two tows serving a 4,000 foot run which combines open slope and trail skiing, and which was laid out by Hannes Schneider. A shelter house with 2 open fireplaces and a large plate glass window overlooking the slope…..is located about three-quarters of the way up the mountain.”

Bughman, Mellon Bank’s chief executive, was a longtime member of the Rolling Rock Club. Laurel was first open only to the Rolling Rock Club whose members were from prominent Pittsburgh families. Names like Mellon and Scaife were regular skiers along with Heinz, Oliver, O’Neill, and Laughlin among others.

The Laurel Mountain Ski Club organized a ski patrol with volunteers training to pass next season’s examination for affiliation with the National Ski Patrol. The Pittsburgh Ski Club became a charter member of the Eastern Amateurs Association and organized a mile long race on the slope.

The inaugural season saw 11 consecutive weekends of good skiing and came to a close by late March, 1941. On an ominous note, Van Bergh was called to service in Canada to train in the Free Dutch Army.

Over the summer of 1941 improvements were undertaken that include opening Upper Wildcat slope and an upper mountain beginner slope. A racing slope dubbed Broadway was added atop the original trail. A ski jumping hill was installed adjacent to the new race trail. Touring trails were improved. Walter Von Neudegg was hired as ski school director.

Easier access was also a goal for the second season. A hexagon shaped stone gatehouse was constructed at the new summit entrance where, it is said, a guard would greet with a silver plate in hand. Visitors would proffer a business card; the guard would return to the gatehouse and make a phone call to secure approval before you proceed down a new access road leading to a new parking lot.

All was ready for the winter 1941-42 season with the eminent radio journalist Lowell Thomas set to deliver his popular Friday evening slopeside newscast from Laurel Mountain. However, the weekend before the scheduled national broadcast, Admiral Yamamoto bombed Pearl Harbor and the nation’s attention turned to war.

Laurel Mountain and the ski industry went on hold until the war’s end but before Len Bughman enlisted in the Air Corps he ordered Lower Wildcat cut “from the ledge” and a crossover rope tow be installed to take skiers back over to the original trail. Upon Bughman’s return from the war he was pleased to find his fears that Wildcat was too steep to ski were unfounded. Lower Wildcat’s narrow width and northern exposure held snow. It has been Laurel’s signature trail since then.

Thanks for posting. I wrote that with Alex Moser for the 2016 website. I also posted a brief history of skiing in Western Pennsylvania on the old EpicSki website. https://web.archive.org/web/20170427125756/http://www.epicski.com/a/pre-world-war-ii-skiing-in-western-pennsylvania

Thanks for posting. I wrote that with Alex Moser for the 2016 website. I also posted a brief history of skiing in Western Pennsylvania on the old EpicSki website. https://web.archive.org/web/20170427125756/http://www.epicski.com/a/pre-world-war-ii-skiing-in-western-pennsylvania

Glad the article is still somewhere on the Internet.

Intriguing to read of a connection between western PA skiing and Alta back in 1941.