Paul also provided the following image of a post card from Summit Inn: 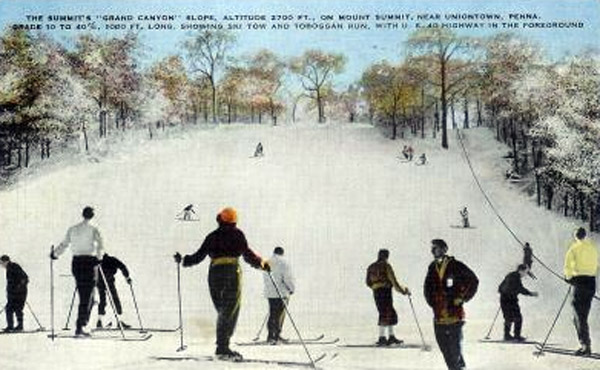 A reader from Hopwood, PA writes:

“They did indeed have a small ski area for the Inn years ago (more than 20), but when the present family bought the Inn, it became too much of a bother and they started closing the Inn in the winter (they go south for the winter) and closed the ski lift.”

Barbara Wilhelm, who lives near the site of Summit Inn, provided these recollections and additional photos:

The Summit Inn was established in 1907 as the Summit Hotel, and in the first days of automobile travel, getting to the top of Mount Summit (elevation 2,700 feet) from Uniontown (elevation 1,100 feet), without overheating one’s car, was quite the achievement. The Inn has been graced by the presence of numerous famous people, including a meeting in 1918 between Thomas Edison, Henry Ford, Firestone, and J. Burroughs, billed as the “Big 4 Science Conference.” Presidents Harding and Truman have stayed there, as did Andrew Previn, during his tenure as Director of the Pittsburgh Symphony.

In December of 1939, the Summit Inn opened their ski slope with an ad proclaiming it “The St. Moritz of Penna,” and stating that it featured “Ski tows, Slopes, Trails, Slalom, Night Skiing, etc.” An article mentioned the “modern ski tow” and the offering of sled rides, ice skating, and tobogganing. The highlight was the Grand Canyon Slope, which started at the peak elevation of 2,700 feet and descended gently down for 1,000 feet in length with a grade of some 10%. There were also two “beginner” areas, each with their own rope tow, seen as round cleared areas in the aerial photo in the rear of the property. This is now part of the golf course.

At the Inn, there are a number of interesting photos and framed articles about this time period, including an artist’s rendition of the entire area, showing where the slopes, tows, skating rink and toboggan run were. There was also provision for a X-C trail at the back of the property between the beginner areas. The highlight for the adventurous must have been the Lick Hollow Trail, which is described as being 2,500 feet long and, judging from the clearing at the top of the hill where it begins and where Lick Hollow Road is now located (at the base of the hill in Hopwood), must have been the basis of stating that the terrain ranged “from a 10% to (an impressive) 40% grade.” Only one problem: No lift from the bottom of the trail, so it meant a nice hike back up, or an equally (then) challenging ride back up the summit in a car. The overlook shot gives one an idea of the elevation and drop.

The winter photos show part of the site of the Grand Canyon Trail. This and the Lick Hollow Trail are easily spotted when snow covers all of the grass.

The web site for the Summit Inn Resort is at http://summitinnresort.com/.

In 2016, Paul Cline stopped by the Summit Inn and found the following mementos posted on the wall. 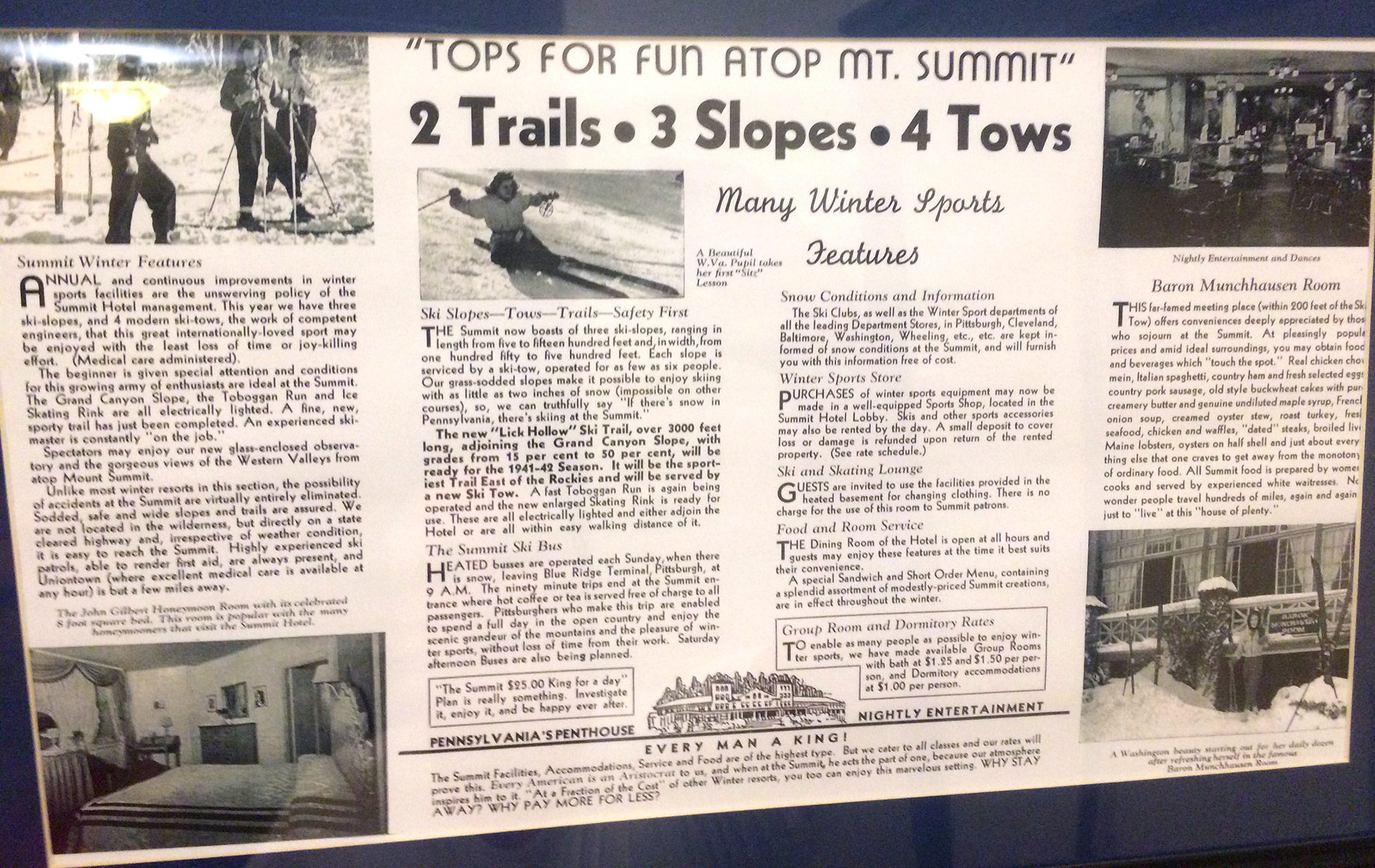 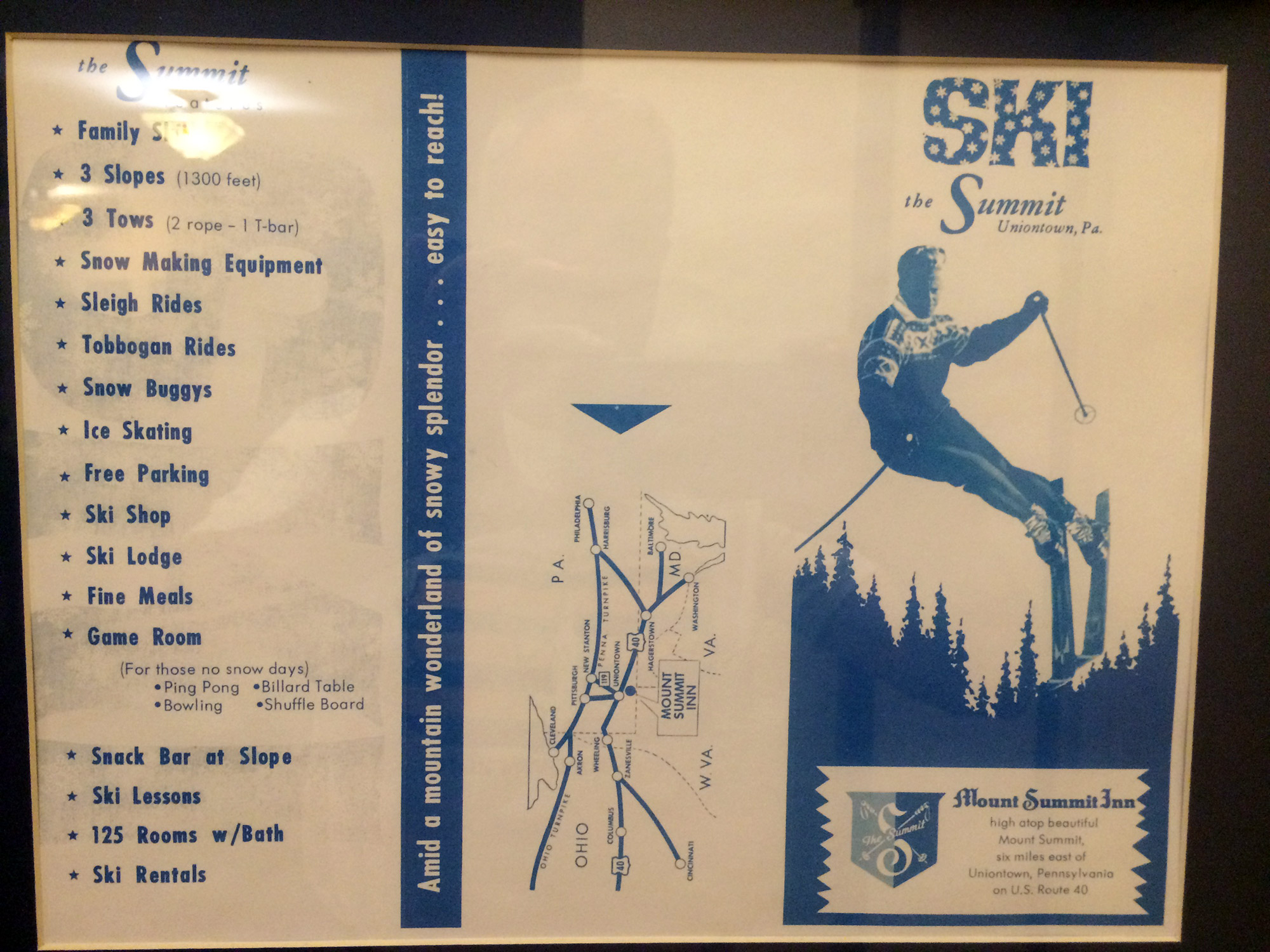 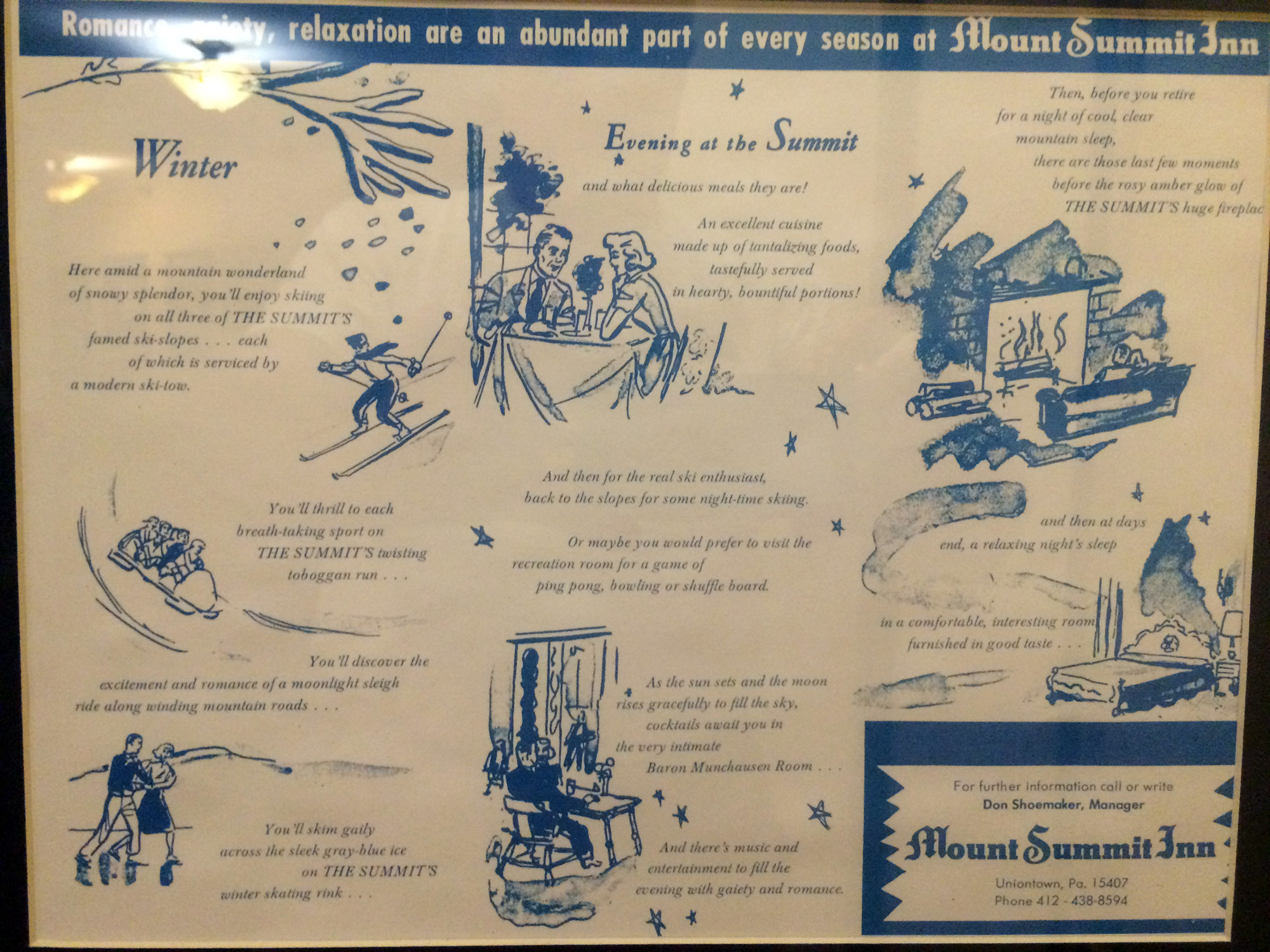 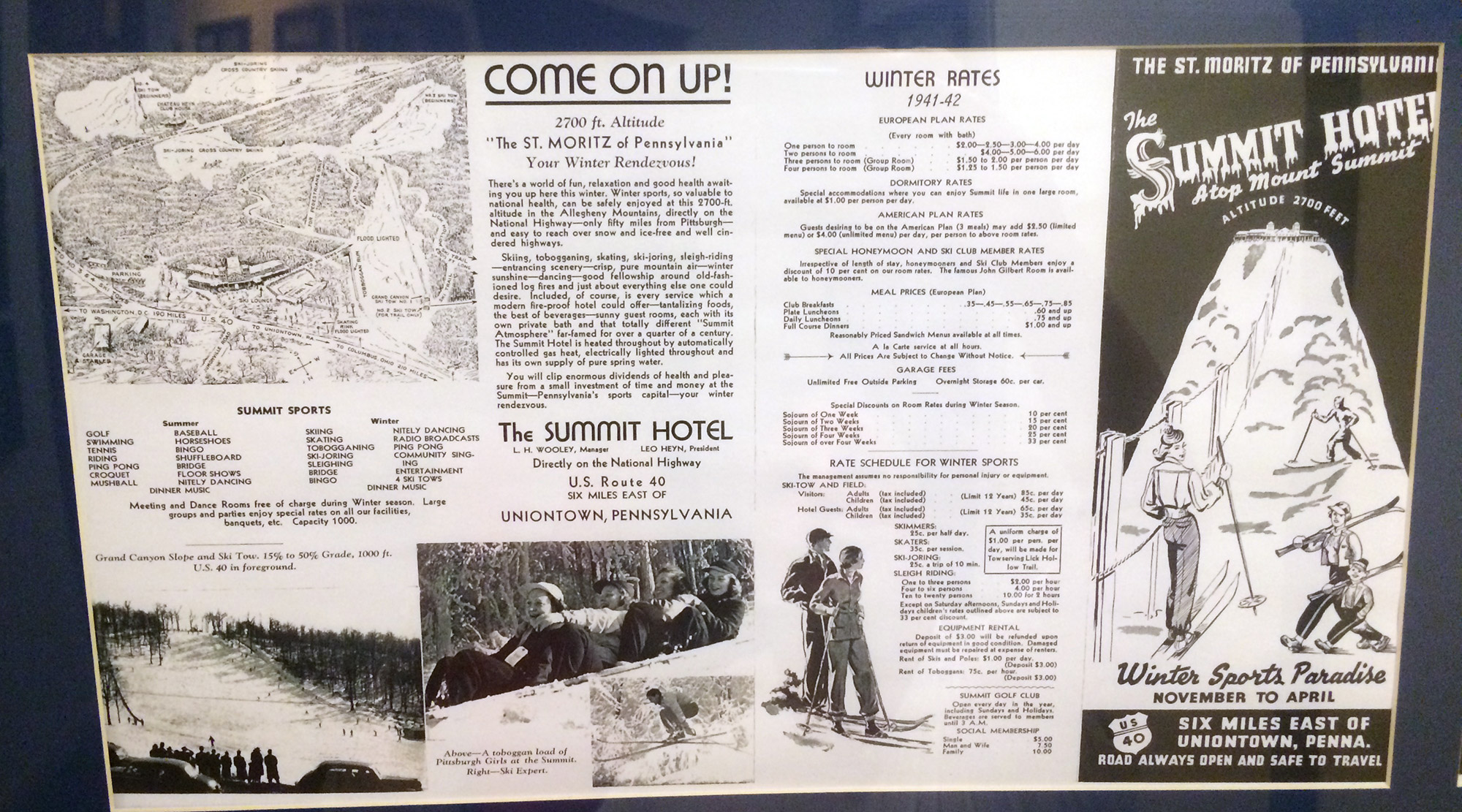 teachski.com
March 25, 2006
I have a great postcard on my site. The card reads:
The St. Moritz of Pennsylvania! Altitude 2700 ft. The Summit Motel atop Mount Summit near Uniontown, PA on U.S. 40 "If there is snow in Pennsylvania, there will be skiing at the Summit."
Here is the link: http://teachski.com/pcindex2004/uniontownpa.jpg