Rich uncovered a these at the Penn State University Library titled The History of Penn State Outing Clubs, 1920-1959, written by Joseph B. Sharpless in 1960. (See here for more info.)

According to that resource, Penns Valley Ski Center was operated by the Penn State Outing Club on land owned by Colonel Boal. The ski area had about 900 vertical feet, but only half of that vertical was served by a single rope tow. At some point in time, the owners of the land decided that they did not want the ski area on Bald Knob, so they donated land on Tussey Ridge for the club. The area was first called Skimont, and later bcame Tussey Mountain.

Rich notes that the Bald Knob location was probably better suited for skiing than the Tussey Mountain location, with a vertical drop about twice as high, steeper slopes, and a northeast exposure which would hold snow better than the northwest-facing Tussey Mountain slopes. Rich says that he hiked and skied the old narrow trails of Penns Valley in the early 1980s when he was a student at Penn State University. 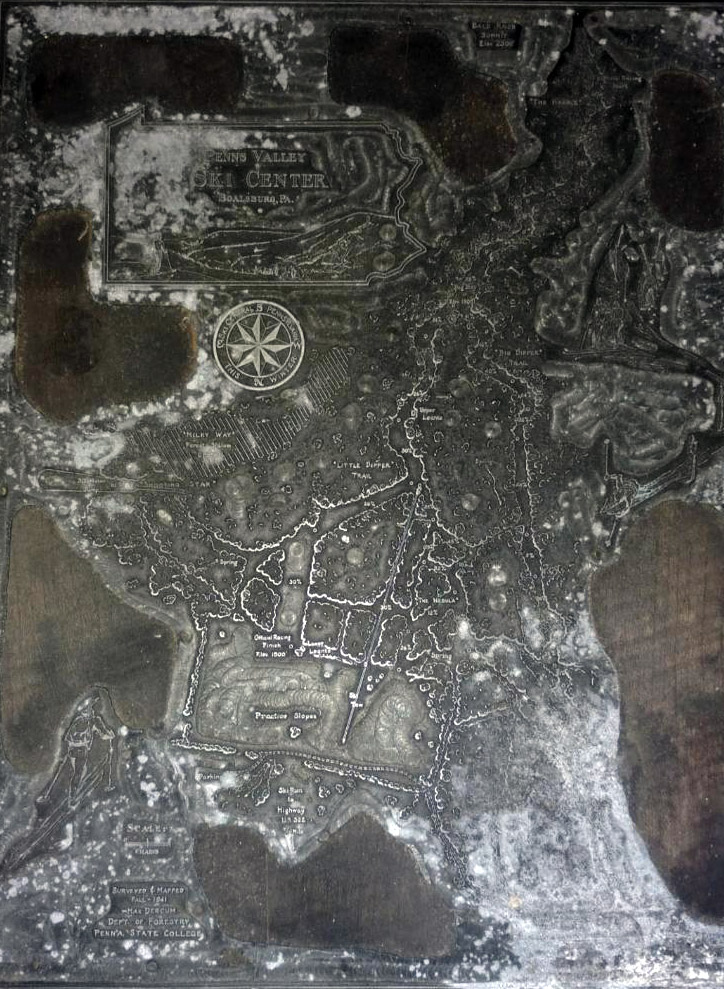