I spent Friday and Saturday, January 6 and 7, 2017 skiing Canaan Valley Resort (CVR) in West Virginia. It barely broke ten degrees both days. The skiing was good and cold. This winter has been very erratic. For weeks now it seems like every time the mid-Atlantic gets a stretch of cool or snowy weather it’s followed by warm temps and/or rain. These are times when all good snowmakers take advantage of any cold snap. Canaan Mountain Manager Mike Chaney and his crew did just that this past weekend, giving visitors to the ski area a very impressive demonstration of CVR’s newly improved snowmaking infrastructure. 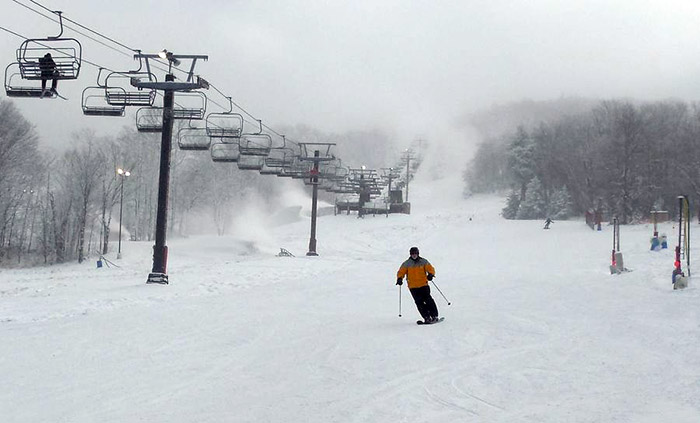 I enjoyed two full days of skiing at CVR on January 6 and 7. It snowed about five or six inches the Thursday before I arrived and Friday morning was a nice little powder day with terrific conditions over all 850 vertical feet of the mountain. A total of about a dozen trails were open including about a half dozen different ones from the summit of the mountain (elevation 4,280 feet) served by the Weiss Quad fixed grip chair. The beginner triple chairlift and new skier carpet lift were also open and serving CVR’s excellent beginner terrain.

The call to action this year at CVR is Defy Gravity, as in ski black diamond Gravity trail if you dare. It’s actually a very manageable run by most advanced skiers if not moguled-up. Gravity was a blast when a bunch of friends and I hit it on Friday morning with six inches of new snow. Later that same day we toasted our defiance at an apres ski gathering in the slopeside Quencher’s Pub. Located close to the base of the Weiss Quad Chair, it serves good bar food and offers some great microbrews. 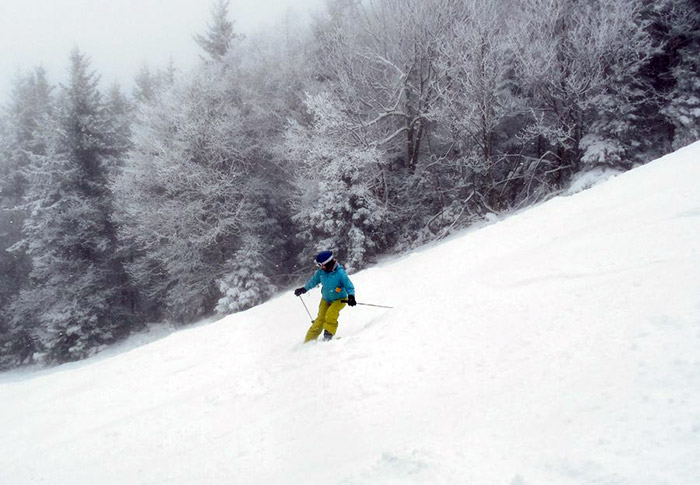 The really cool thing about the Defy Gravity catchphrase is that management backed it up by aggressively blowing man-made snow and opening Gravity as early as possible, approximately three weeks ago. Beg, borrow, or finagle; CVR has really upped their snowmaking game this season. They added something like 12 new T40 snow cannons, six pole mounted stick snowguns, more power generators, and improved water reservoirs to maximize that new capacity. A lot of the arsenal was firing this weekend while I skied fun trails off the summit like Valley Vista, Gravity, and Timber, all with a mix of natural and high quality man-made snow. (I believe they opened additional runs in the direction of Weiss Meadow since my visit.) 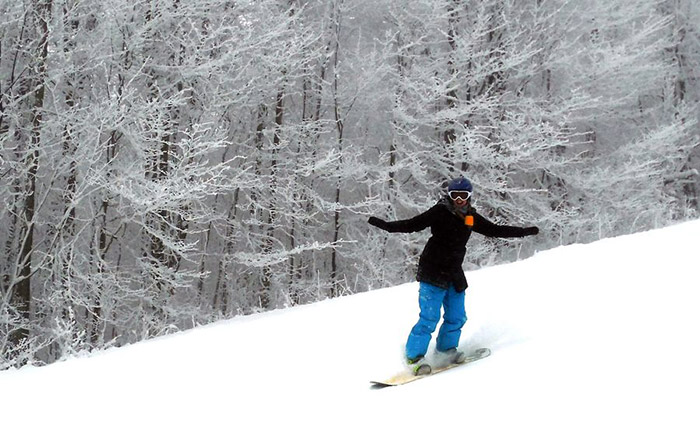 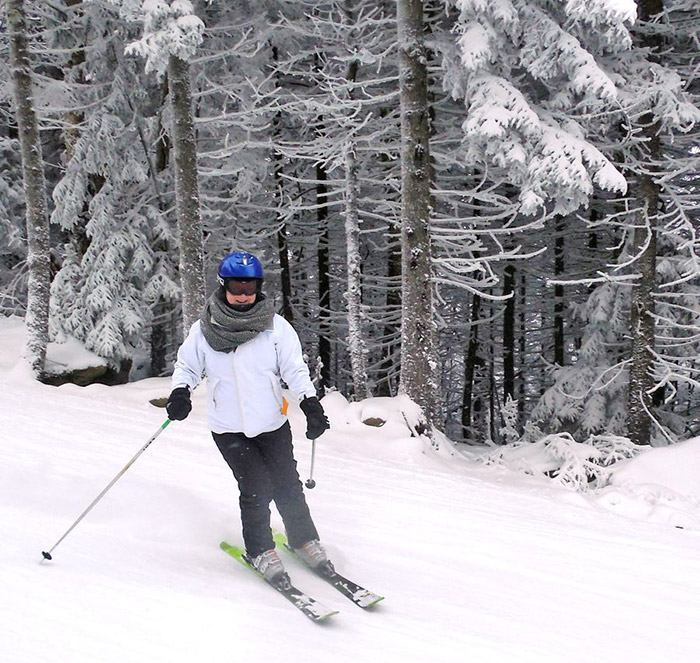 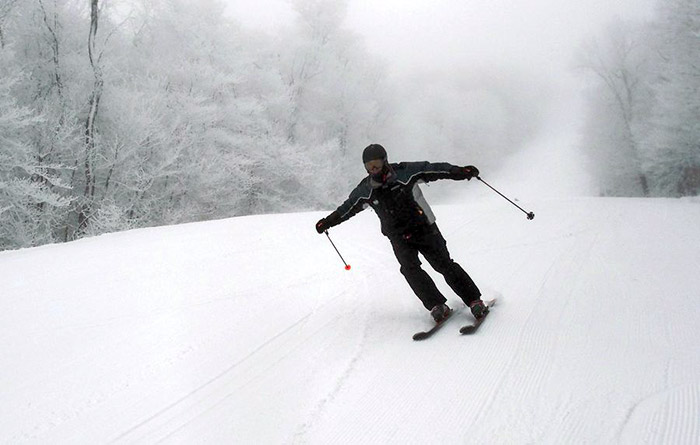 In the act of Defying Gravity. Photo by Jim Kenney.

I stayed three nights in the CVR Lodge this trip and enjoyed a number of meals in the lodge’s dining room. If you haven’t been to CVR in recent years you are in for a treat. Built in 2013, the new 160-room lodge is not your father’s West Virginia State Park lodge. The rooms have very up-to-date furnishing and come in numerous floor plans including suites with bars and fireplaces. I have stayed in the new lodge several times since it was built and have noticed the dining room food gets better with each visit. I also greatly enjoyed the pool, hot tub, and sauna facilities during this frigid visit. 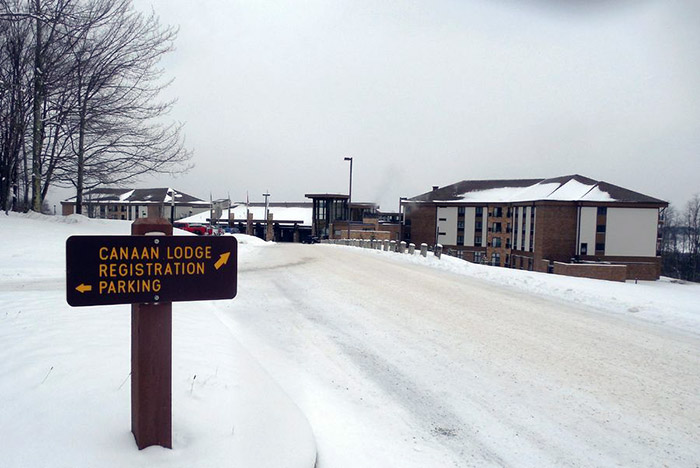 While at CVR this weekend I got a chance to speak to both Steve Drumheller (Resort General Manager since 2015) and Mike Chaney (ski area Mountain Manager for 15 years). There is a perceivable synergy between these two men for problem solving and I predict great things for this resort over the next few years. The whole CVR experience is a marked improvement over the lodging, dining, and skiing facilities of the distant past. And yet, a ski weekend at CVR is one of the best bargains and best crowd beaters in the mid-Atlantic. A recent survey by Liftopia.com gave a bunch of “best in the southeast” awards to CVR for things like beginner friendly, family friendly, least crowded, best value. My point made! If those things appeal to you and you live in the Baltimore-Washington area, check out Canaan Valley Resort, seriously.