Pennsylvania’s Blue Mountain Resort has made significant investments this past summer to enhance skiing this winter. A new lift, a re-imagined snow tubing experience, and enhanced snowmaking highlight some of the capital improvements visitors will notice.

Two older double lifts have been swapped out for a brand new high-speed lift named Main Street Express. Providing improved access to the western part of the mountain and connectivity between the Valley and Summits Lodges, the Main Street Express has an uphill capacity of 3,000 snow riders per hour. 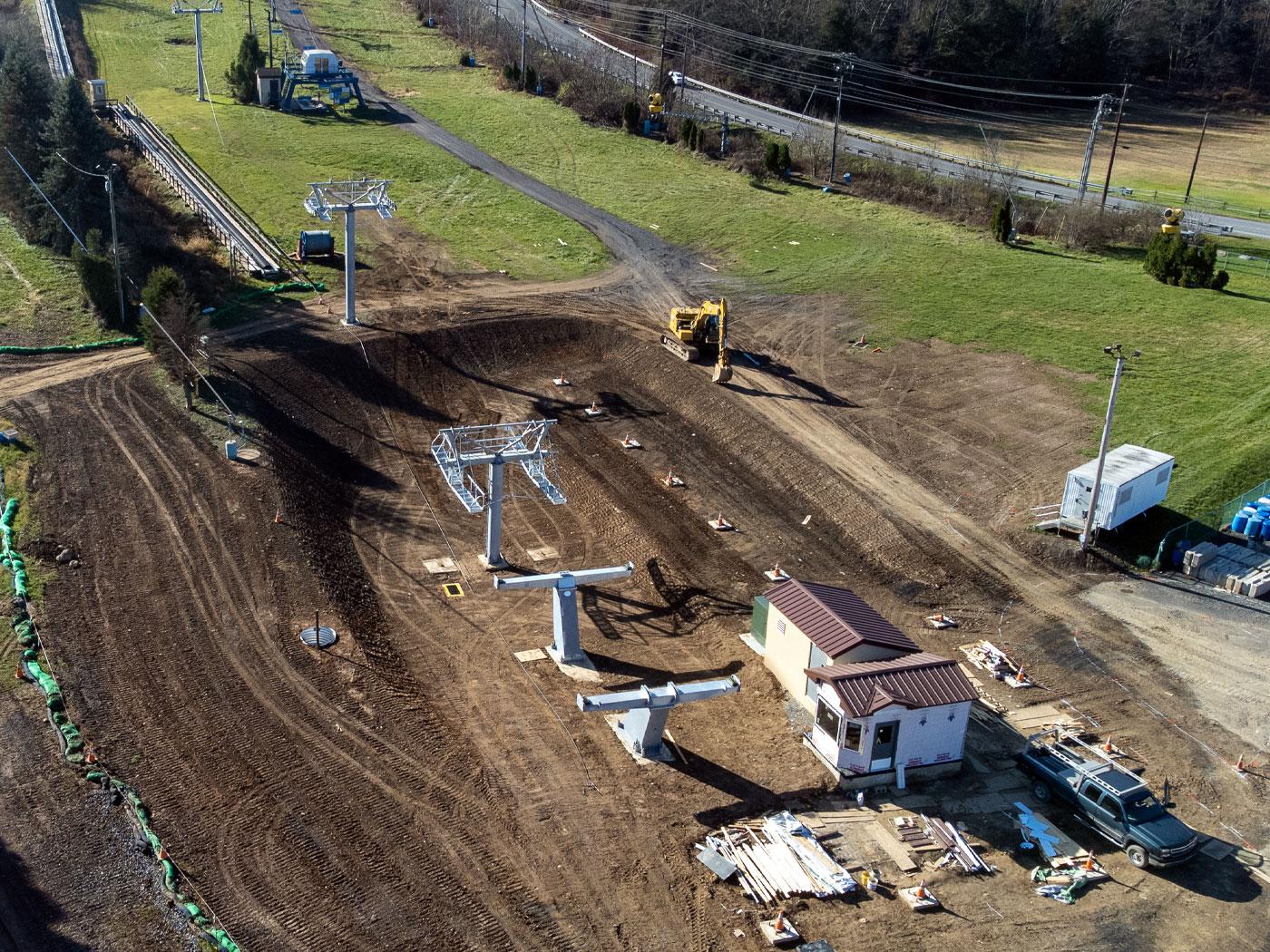 With 46 lanes, Blue Mountain also claims to have the largest snowtubing park in the country, and that park is being upgraded this winter with after-dark Sonic Tubing, which brings music and disco lighting to the sliding experience. Serviced by three lifts, guests can choose between single or double tubes for their trip down lanes that are over 1,000 feet long. 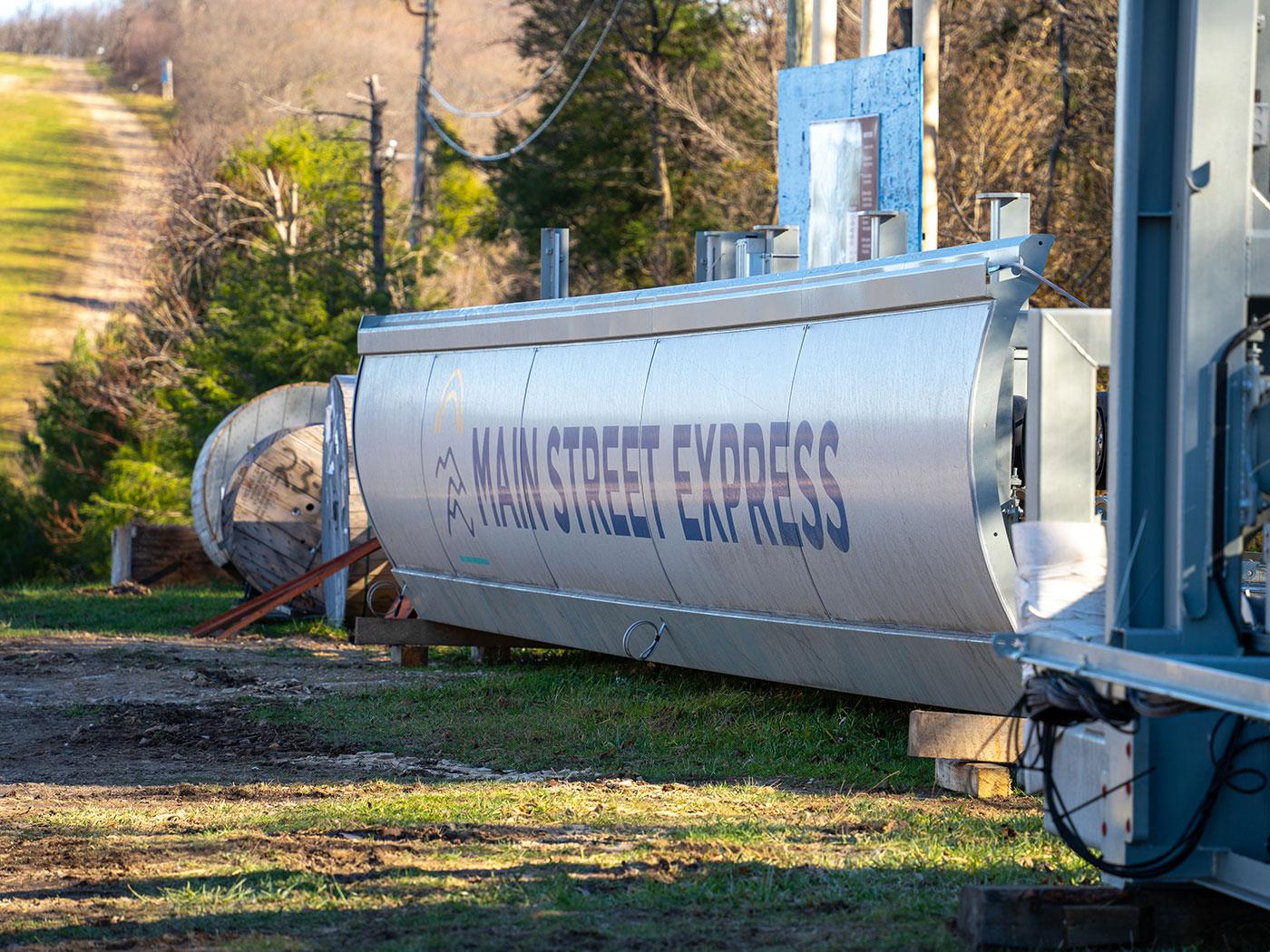 Components of the new lift terminal ready to be installed. Photo courtesy of Blue Mountain Resort.

Blue Mountain has also renamed a couple of its trails. Widow Maker has been renamed Curzi’s Cabin, and Terrain Run will now be called Trails End. The ski resort has also updated its logo to include elements of sun, mountains, and terrain, reflecting the resort’s year-round activities.